Albert’s story – and the importance of puppy vaccinations

This is Albert the Labradoodle!
He is a beautiful bundle of fun and energy, but the story was quite different a short time ago when, at just eight weeks of age, he was brought in to see us. His owners had collected him from the breeder and, after a couple of days in his new home, they knew something was wrong. He wasn’t eating properly, was vomiting, had diarrhoea and was very lethargic; he was definitely not acting as a lively young puppy should.

At the Roundswell Hospital, the vet advised Albert was hospitalised. Albert was given a range of treatments including intravenous fluids to rehydrate him, anti-sickness injections, antibiotics and medication to protect and support his digestive tract. As he could not keep any food down, he was fed through a naso-oesophageal tube that was inserted through his nose and into his oesophagus.

Albert tested positive for parvovirus, a nasty disease that attacks the intestines. It is highly contagious and can be transmitted through infected faeces and anything an infected dog may have had contact with. It is an extremely serious condition, which can fatal in unvaccinated dogs if not caught and treated in time. Young puppies, under six months old are particularly at risk. Unfortunately, Albert had contracted the disease before he was able to be vaccinated. Sadly, others in the litter that also contracted parvovirus did not survive.

During his stay, Albert was kept warm, clean and comfortable and fed small amounts through his tube at regular intervals. Initially, however, he was still unable to keep all the food down. It was an extremely worrying time for his owners and the veterinary team. After three days, Albert turned a corner and to everyone’s relief, he started eating independently. He then continued to regain his strength and quickly began to wag his tail at the nurses when they came to feed him!

Five days after being hospitalised, Albert went home to his loving new family. Two weeks later he had his first vaccinations, which included ongoing protection against parvovirus. He bounced into the surgery, twice the size, looking like a normal, healthy puppy and full of life.

Albert’s case highlights the importance of having dogs vaccinated at a young age.

We are grateful to Albert’s owners for their dedication and for allowing us to share his story. 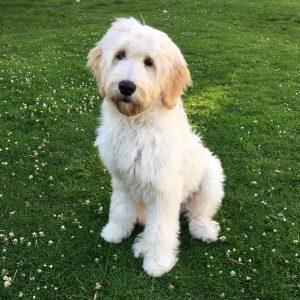 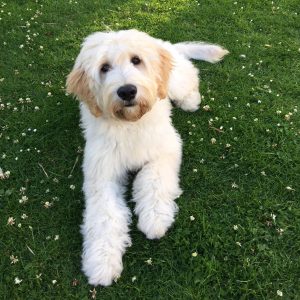 Pet owners trust us to look after the needs of their beloved companions. We are committed to delivering the very highest of veterinary care.