Life with Sebastian –  a diabetic cat

This handsome chap is Sebastian!

He was taken to his vets because he was drinking and urinating more plus losing weight. Sebastian had some blood tests in the hospital and was diagnosed with diabetes.

He was started on insulin injections twice a day and a high protein, low carbohydrate weight loss diet. Unfortunately Sebastian’s’ fiery temperament meant that his vets were unable to perform the normal diabetic monitoring process, blood glucose (sugar) measurements taken every 1-2 hours during a day’s stay in the hospital, which is called a glucose curve. Instead he was monitored using less frequent one-off blood tests and non-invasive urine samples to check for glucose in the urine.

We are thrilled to say that Sebastian has managed to come off his insulin and no longer needs injecting twice a day. He is back to his old self and is now being monitored with urine samples alone.

Sebastian’s owner Janet has some fantastic insights into living with a diabetic cat to share.

What’s it like living with a diabetic cat day to day?
Feeding and giving an injection was at 7 in the morning and 7 in the evening, we knew the importance of keeping to a rigid time timetable, and were happy to adjust our lifestyle to fit in with him as there was no way we wanted to lose him. My husband would weigh out the food and I would give Sebastian his injection, we worked as a team. I chose a quiet room to feed and give the injection, where I could shut the door and sit with my cat to establish a routine. After a week or so he would stop halfway through eating his biscuits, squat down on all fours as if to say he was ready for me, because he can suddenly turn and bite when he gets upset I was expecting the worst but he accepted his injections and we have developed a greater bond because of it.

How long after starting treatment did you notice an improvement?
I started giving insulin injections on 27/12/2016 by the 03/01/2017 he seemed more relaxed and social but was still hiding under our bed, something he does not do unless he is stressed, by the 13/01/2017 I could see a big improvement.

What have you found the most challenging or difficult thing to cope with?
It was sticking to a rigid timetable and changing our lifestyle to fit in with Sebastian. I have to add  that it was well worth it!

Is there anything you have experienced or know now which you wish you had at the start of treatment?
No. I had excellent training, guidance and backup from my veterinary practice.
I think it is worth while recommending the vet pen and its benefits, also the fall back/spring forward change in hour, and to introduce a gradual change in timetable in March and October. 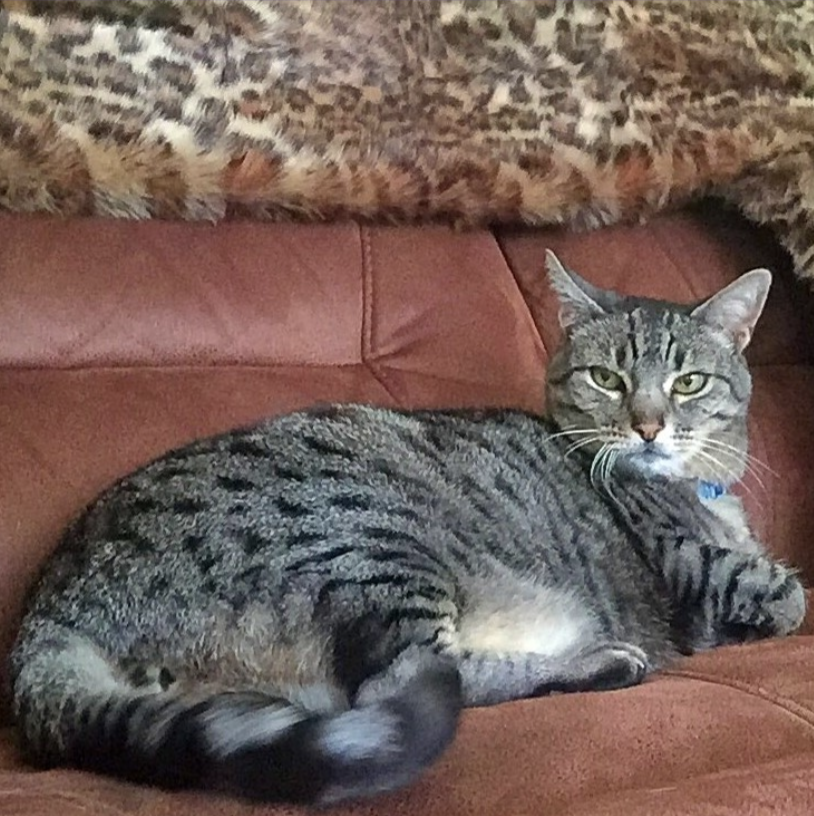