Skip to content
Tuberculosis In Cats And Humans In The News

Tuberculosis In Cats And Humans In The News

In the news (28/03/14), it has been reported that two people in England have developed tuberculosis after contact with a domestic cat. Although worrying, the risk of a cat infecting a human with M. bovis is extremely low. Below is further information about Tuberculosis, cats and humans.

In their 2013 report1, Public Health England documented that in 2012, of those cases of human TB where the causative organism was identified, over 97% were due to Mycobacterium tuberculosis. While Mycobacterium bovis is a recognised and important cause of human tuberculosis, it accounted for 0.7% of human cases of TB in 20121.

Mycobacterium bovis is important as it can affect cattle and, if undiagnosed, this can be a potential source of infection to humans (primarily through the food chain, for example through consumption of infected milk). Mycobacterium bovis is therefore a notifiable disease in the UK (suspected infections in cattle have to be notified to the Animal Health and Veterinary Laboratories Agency – AHVLA), and there is a national surveillance programme to identify and eliminate infected cattle. Cattle, bison, buffalo and badgers are considered to be the ‘natural hosts’ of bovine TB (M bovis), as infection in these animals can be self-sustaining2. However, other mammals (including humans, dogs, cats, deer, pigs, llama and alpaca) can sometimes be infected by M bovis – such infections are generally referred to as ‘spillover’ infections, being unusual and typically acquired through contact with natural host animals.

Mycobacterium bovis is one of a number of different mycobacteria that can infect cats. In a study of 339 cases of mycobacterial infection in cats in the UK3, identified between 2005 and 2008, an organism was cultured in 159 cases. Of these cases, 115 were classified as tuberculosis with the causative organism being M microti in 63 and M bovis in 52 (the latter representing 1/3 of all culture-positive cases). This, and other studies, have highlighted that cats can act as a spillover host for bovine TB (M bovis). It is believed that in most cases, cats become infected with M microti or M bovis through contact with wild animals (rodents and badgers) that are harbouring the infectious agent. Cats often appear to become infected through bite wounds, and so non-healing skin lesions are a common finding. Other clinical signs in affected cats may be enlarged lymph nodes, respiratory signs and pneumonia, weight loss, and abdominal masses.

During 2012 and 2013, an unusual cluster of seven cases of confirmed M bovis infection was identified in cats from Newbury area (Berkshire and Hampshire, UK)4, with two further possible (unconfirmed) cases. It was assumed the cats became infected through contact with rodents and badgers, just as some local cattle were. On further investigation, two humans in contact with these cats were also identified as being infected with an identical strain of M bovis, suggesting that they may have acquired the infection from contact with their cats. These are the first reported cases of transmission of M bovis from cats to humans in the UK. The two individuals have been reported to be responding to treatment and no further cases in cats in this area have been identified since March 2013.

Human infection with M bovis is uncommon in the UK, and infections acquired from cats will be extremely uncommon. Nevertheless it is recognised that cats can occasionally be infected with mycobacteria that can potentially (although unusually) be transmitted to humans. It is important to remember that these infections in cats are uncommon, and that the disease is not highly contagious. Thousands of infected cattle are identified each year in the UK, but only a small number of infections in cats and dogs5. Nevertheless, routine hygiene precautions are always recommended (eg, washing hands after petting your cat).

Owners should always seek veterinary help if they are concerned about the health of their cat, and if a veterinary surgeon is suspicious that mycobacterial infection could be a cause of clinical disease in a cat, then appropriate samples should be submitted to a laboratory for investigation (eg, AHVLA). If M bovis infection is identified in any animal in the UK, it is mandatory that the AHVLA is informed. Where cases of M bovis infection are identified in cats or dogs, the AHVLA office, Health Protection Team and local veterinary surgeon together assess the situation and provide advice to owners on how to minimise risks and what action to take. Infection in a cat or dog does not necessarily mean the animal has to be euthanased – they can be treated, as in humans, with combinations of antibiotics (although these are not specifically licensed for use in animals). Public Health England have assessed the risk of transmission of M bovis from cats to humans as being ‘very low’. 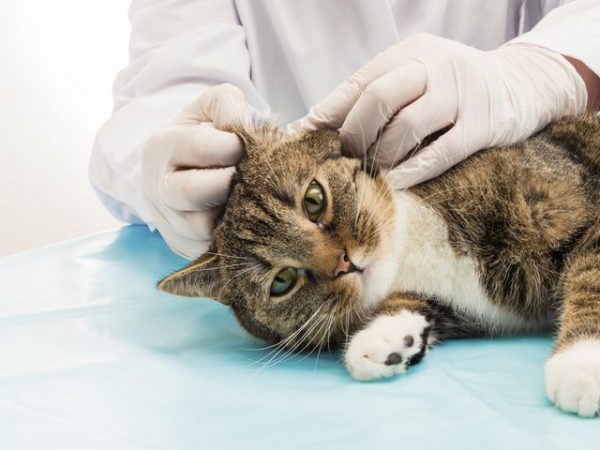